"I just got  call from the Grammys!! They shocked me! We're the first rappers to get this award!! Shock!" @RevRunWisdom

The Recording Academy, a.k.a the Grammys made Hip Hop history this year by honoring the legendary RUN DMC with the Lifetime Achievement Award for 2016.

RUN DMC was created in 1981 and was one of the first rap trio to have commercial success. In 1993 RUN DMC popped on the scene with their debut 12 inch single, "It's Like That" with "Sucker MC" on the B-side. The following year RUN DMC was the first rap group to appear on MTV, the first international video music channel. In 1985, RUN DMC released "King of Rock" and it went GOLD! Their most successful album "Raising Hell", sold 3 million in the same year it was released. In 2004, RUN DMC was honored at the first VH1 Hip Hop Honors and in 2009 they were inducted into the Rock and Roll Hall of Fame. For the last three decades, RUN DMC has made history across many spectrum, and have sold millions of records world-wide. This year, they hit another milestone. On February 15th at 8pm, the world will see RUN DMC grace the stage to receive their Lifetime Achievement Award at the 58th Annual Grammys Awards.

"Each year, The Academy has the distinct privilege to honoring those who have greatly contributed to the music industry and culture. Run DMC exceptional accomplishments, contributions and artistry will continue to influence and inspire generations to come."-Neil Portnow, President/CEO of The Recording Academy. 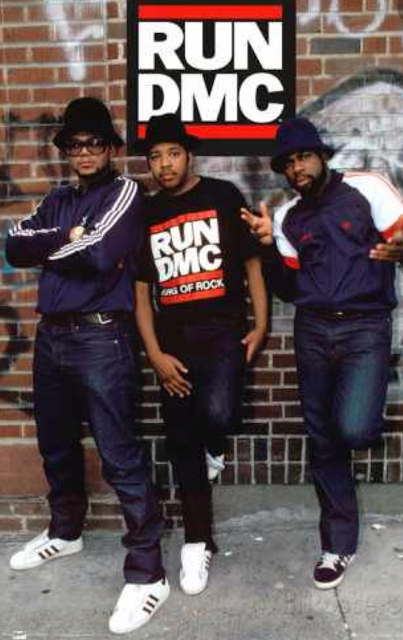