Doing the Same ish is Senseless 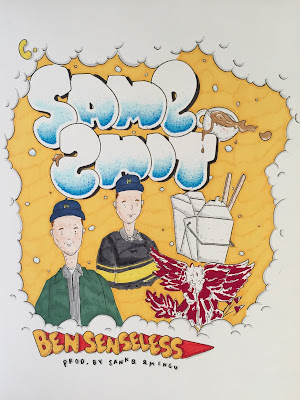 “Being a rapper from Oakland means not sounding like anybody else. I love the sound of Same Sh!t. It has a catchy hook; it's a strong balance of everything I like in a track,” says Senseless who collaborated with local producers S. Dot and Mingu & Sxnko of the Jazz group Oakland Future Trio. on his latest EP VOTE!

For eight years Ben Senseless has been establishing his name in the music scene as an independent artist who is versatile, hardworking, and mature. VOTE! encapsulates the sound of the Bay Area and is the culmination of his eclectic influences. His music has been the driving force of his interest in promotion leading him to throw his own shows, providing space for the 16 and up crowd to party in Oakland. Ben Senseless is a go-getter, and his efforts are being recognized by the likes of The Hundreds clothing line who sought him out to model their brand.

The launch of the website, puts all the elements into one location giving spectators and fans a glimpse into what Ben Senseless is musically thinking, showcasing his music, videos, photos, and a new t-shirt line coming soon.