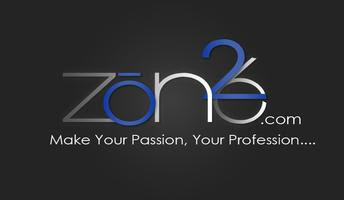 Zōn26 is a San Francisco Bay Area based company that provides a unique platform for independent musical artists to co-manage their careers in the areas of performance, management, and promotion efforts thereby, freeing the artist to be just that, an artist. Black Pearl Entertainment is happy to present the two featured artists of Zōn26’s monthly showcase, Evening Soul Series, taking place Friday, May 13, 2011 at the Washington Inn.

Al Dozen is a Spoken Word/Hip Hop artist and song writer from Oakland, California. His poetic writing has spanned the past ten years, developing more recently into song compositions, lyrics and ballads. These are only portions of Al Dozen’s artist abilities. He combines his deep-rooted passion, sense of humor, political awareness, personal experiences and connection with the gritty reality of the urban streets to reflect his views and perception through his art.

Always being one determined to defy stereotypes and to provide an example of ambition and direction, Al Dozen lends his creative abilities and motivated spirit to various spoken word venues and projects throughout California’s strongly diverse, influential music scene. He has also graced stages in cities across the nation, including stages in San Francisco, Los Angeles, New York, Miami, and Atlanta, GA.

He has seized the opportunity to incorporate his witty lyrical ability with noteworthy production samples and instrumentals to create a subtle alternative to the all-too-common radio standard dominating airwaves. Ventures in modeling, communication and promotion help to further Al Dozen's brand, and his musical and poetic works continues to earn critical acclaim within the underground Spoken Word/Hip Hop circuits.

Just as his high school nickname has morphed from B-Sulls to BSoulz (as he is esteemed to be called) the San Francisco native has transformed from a tender five year old choir voice to the soulful and versatile sound that will soon sweep the airwaves.

After a humble start in Bayview's Historic All Hallows choir, BSoulz soon found himself performing in the Fillmore District’s own African American Art Center. Such productions as “Emergency Report” and "The Josephine Baker Story” are among his community theater repertoire. In addition to musical theater, BSoulz is an alumnae member of UC Berkeley’s, U.S. Smithsonian titled “Finest Collegiate Gospel Choir” under the Emeritus Directorship of the renowned Dr. Silvester C. Henderson. As a part of this community, BSoulz has had the opportunity to perform alongside such musical greats as Vesta, Billy Porter, Daryl Coley, Calvin Rhone, and Howard Hewitt. Among just some of his solo accomplishments are opening for Chico Debarge, Martin Luther, Kween as well as several national anthem performances for the Golden State Warriors and San Jose Wolves of the Arena Football League.

A self-taught guitarist, BSoulz has mastered the creation of live beats, of to which he writes his own lyrics. With such pioneers as the Isley Brothers, The Stylistics, Donny Hathaway, Marvin Gaye, and Maxwell grounding his musical ear and founding his passionate inspiration for the art of creating music his upcoming album “City Soulz” is highly anticipated.
BSoulz is to the music industry, a breath of fresh air. Offering a unique compilation of R&B and Soul, his sound bridges the sultriness of the yesteryear with the emotion and experience of present day reality. BSoulz is a bona fide lyricist, musician, and performer who humbly describes himself as a “true student of music.”