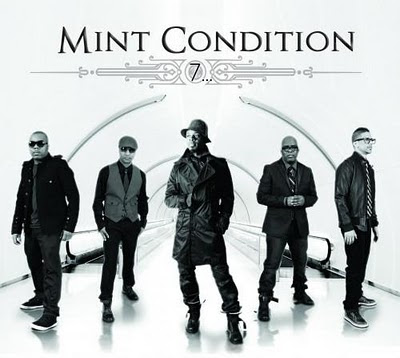 From MC’s Biography:
Mint Condition marks the 20th anniversary of its first chart hit with the release of 7… (Mint Condition’s seventh studio album) due out on Shanachie Entertainment/Caged Bird April 5, 2011.

Keyboardists Lawrence El and Keri Lewis, guitarist O'Dell, keyboardist/saxophonist Jef, drummer/vocalist Stokley, and bass player Ricky came together in the performing arts program at Central High School. Playing together in different combinations led to them forming Mint Condition; a gig at the famed First Avenue club in 1989 caught the attention of super-producers Jimmy Jam and Terry Lewis, formerly of The Time, and they were signed to Jam & Lewis' Perspective Records. MEANT TO BE MINT, their debut album, was released in 1991. 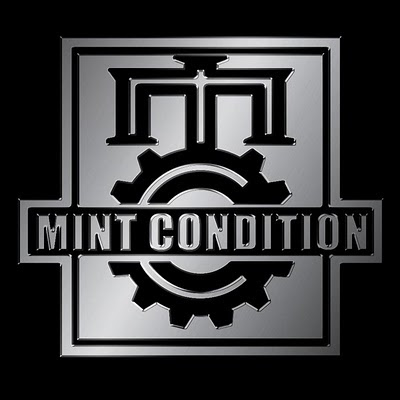 "This time around we decided to not let ourselves become bogged down with strict thematic or musical boundaries," notes keyboard player Larry El. "We wanted, instead, to do a project that would be expressive of life's multi-facets. For the first time in our career, we looked back into our own musical catalogue for inspiration and resources. Without being a direct throwback, 7… weaves threads of nostalgia into the musical mix. It's kind of an ode to Minneapolis, Mint Condition style." 7… sounds unlike anything else in the R&B world -or any other world—today, once again demonstrating that Mint Condition is one of those rare artists on the scene with their own unique sound. Along with Mint Condition's bedrock funk and R&B balladry, elements of jazz, rock, and hip hop come into the mix.

Nothing is formulaic or routine with Mint Condition, starting with the opening tracks "Can't Get Away" and "I Want It," which are seamlessly linked to play straight through, to "Twenty Years Later," an off-the-wall narrative depicting a 47 year-old addict wondering what happened to the last twenty years of his life, which opens with acoustic guitar and climaxes with an ironic jaunty Vegas-style vamp. It is the kind of organic creativity that only Mint Condition could achieve, an extra ingredient that years of playing together make it possible for them to deliver. In an era dominated by singles, 7… is truly an album, designed to be heard as a whole. 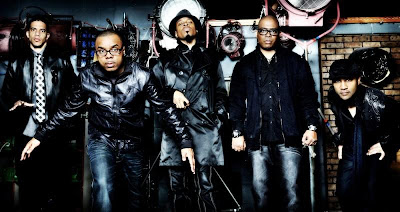 Two decades on, Mint Condition stands along with The Roots as the only high-profile examples of a self-contained, hit-making Black music band, and with Mint's emphasis on songs and great singing, the sole band carrying on the great tradition of R&B funk bands such as Earth, Wind & Fire, The Meters, War, The Commodores, Lakeside, Slave and many more that were an important, progressive element of the black music scene in the Seventies and Eighties. "We're fortunate that people have come to expect us to march to our own drum, musically speaking," says bassist Ricky. And even though we have carved out our own unique creative path, we've always been well embraced."