On one of the most beautiful days of fall, 250 students from Oakland, San Francisco, Mountain View and the surrounding areas descended on Google’s Sunnyvale campus for Tech Slam-an interactive experience “exploring how STEAM and computer science can take many forms in our everyday lives, specifically in the sports industry.” The industry event was sponsored by Google, The Hidden Genius Project, Warriors Community Foundation, and TEAM-Tech & Access Through Mentoring. 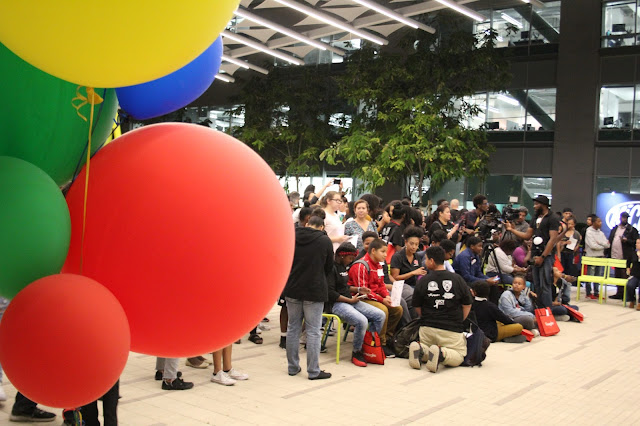 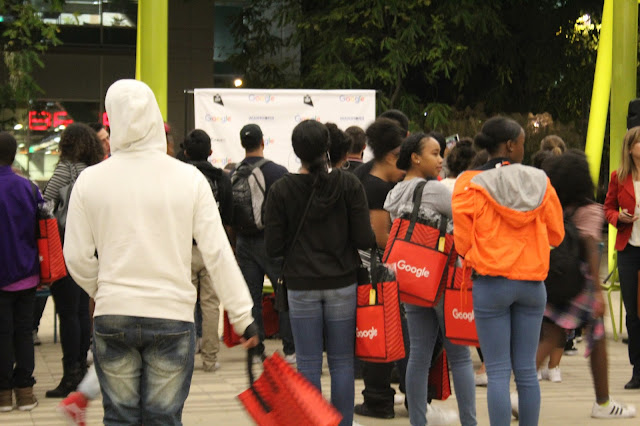 At check-in students received a swag bag with a passport map guiding them through interactive stations from Daydream Google VR, Glover Center VR, Jacquard by Google Levis Jacket, Kick’N It, and EA Games and other exhibitors. 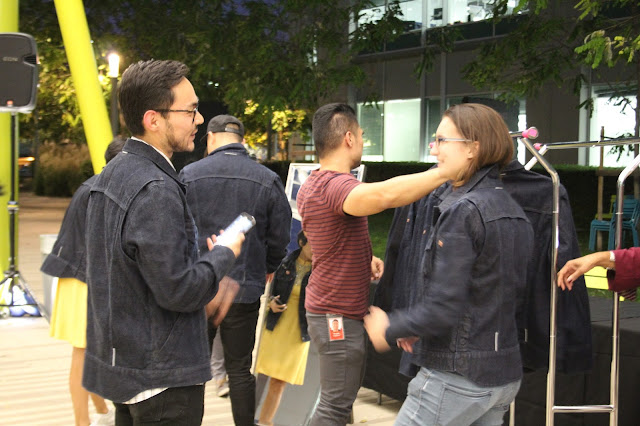 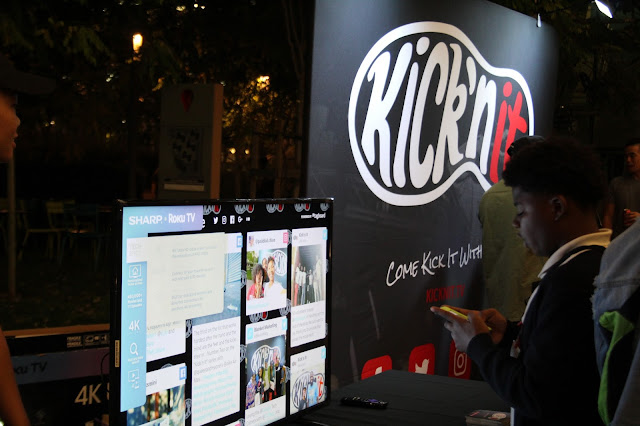 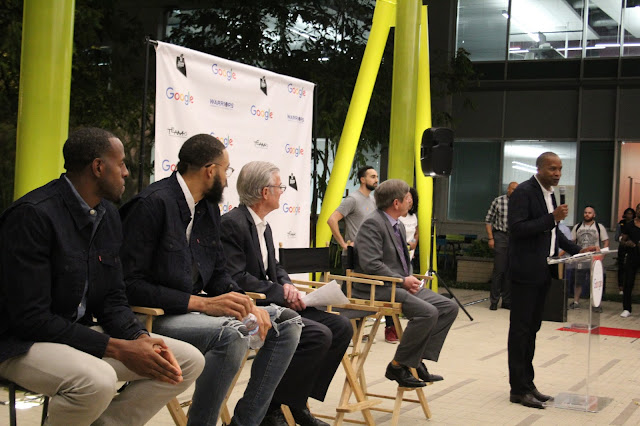 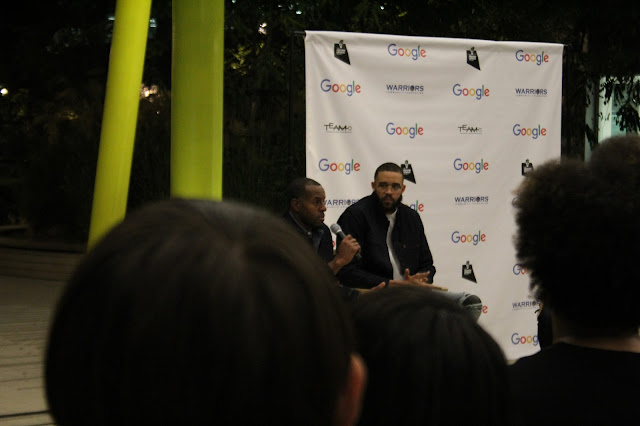 After the pep talk, students disbursed to breakout sessions where students talked to experts about higher education, the arts, big data, and entrepreneurship. 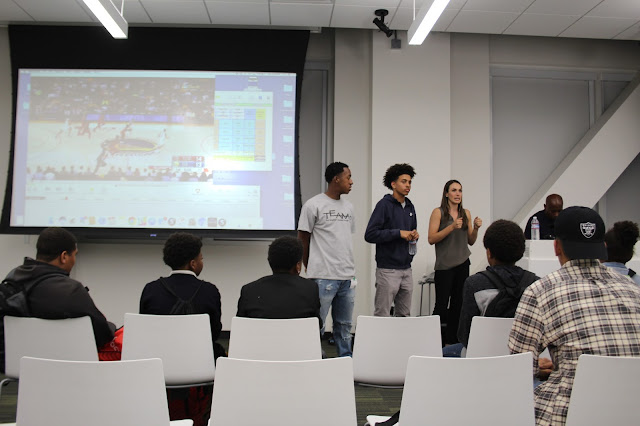 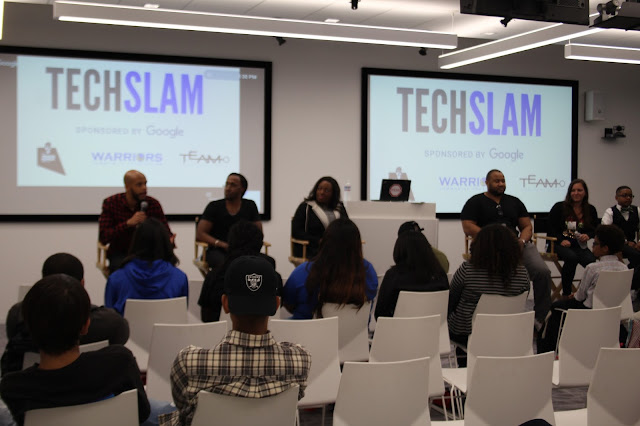 Afterwards they worked in teams, guided by The Hidden Genius Project, coding to program robots. Students participated in a raffle and then proceeded home. 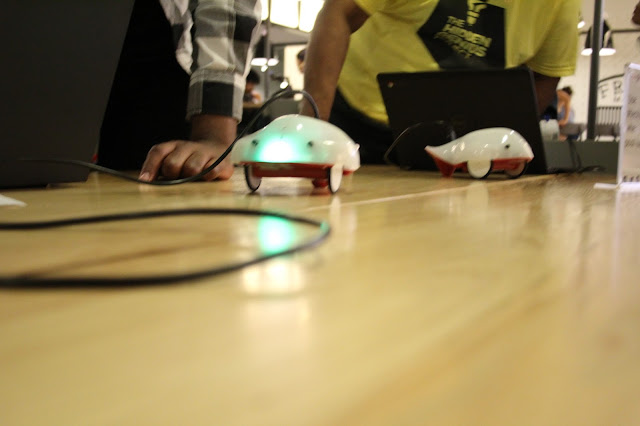 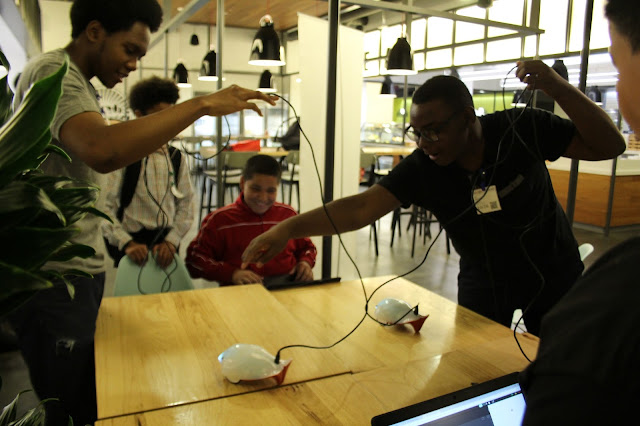 Programs like The Hidden Genius Project are very important for the community, per Google’s Diversity Gaps in Computer Science: Exploring the Underrepresentation of Girls, Blacks and Hispanics 2016 report,
Black (58%) and Hispanic (50%) students are less likely than White students (68%) to use a computer at home at least most days of the week. This could influence their confidence in learning CS because, as this study finds, students who use computers less at home are less confident in their ability to learn CS. 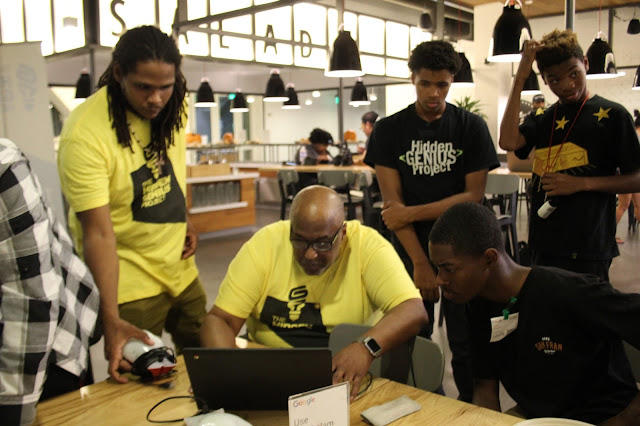