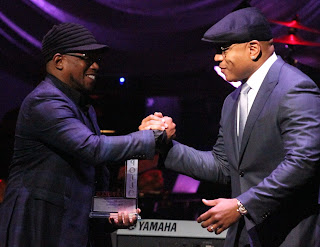 There has been a rising consensus lauding the decade of the ’90s as the pinnacle years in Black music. Various tours throughout the year have and will be taking place nationwide with that very sentiment in mind. Monday, June 4, the Apollo Theater joined in the fray as some of the key cogs of that era, Tony! Toni! Toné!, Salt-N-Pepa and unannounced bonus Brandy and Bell Biv Devoe, provided headline entertainment, and Sarah Ikumu provided support for the 2018 Apollo Spring Gala, the historic theater’s largest annual fundraising event. Having Sarah Ikumu, a finalist last year on a very popular television show across the pond, “Britain’s Got Talent,” and a “Showtime at the Apollo” winner stateside, and upstart boy band, 4th Ave, showcase their talents alongside long-standing successful veterans is part of the growth the intuition fosters both in artistic and personal development. 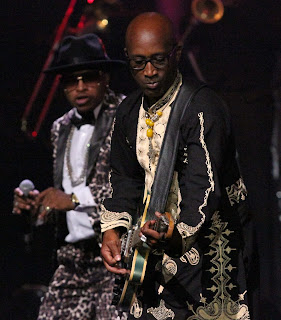 “Now, more than ever, we recognize the importance of nurturing the next generation of community thought leaders,” said Jonelle Procope, president and CEO of the Apollo Theater. “The Spring Gala gives us an opportunity to celebrate our legacy as an ever-present driving force in music, but it also gives us a chance to highlight the importance of our year-round community and education programs. Throughout its 84-year legacy, the Apollo has always nurtured young talent, musically and professionally, providing a springboard for countless careers. As we have all stood on the shoulders of others, it is very important that we give our young people the same opportunities and let them stand on ours.”

In that tradition, the gala recognized a corporation for its outstanding contributions to the performing arts, support of community leadership and philanthropic support of initiatives in the African-American community. This year, the Apollo presented its Corporate Award to SiriusXM for its exceptional assistance to the performing arts and community leadership. Scott Greenstein, president and chief content officer of SiriusXM, accepted the award on behalf of the company and was presented by curator/host of the SiriusXM Rock the Bells channel, LL Cool J. 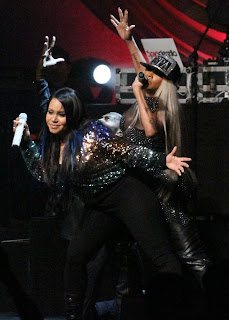 “We are thrilled to receive this recognition and extremely grateful to the Apollo Theater and its community,” said Greenstein. “We feel a kinship for and share a credo with the Apollo. We believe in the power of diversity and making available multilayered programming that celebrates unfettered free speech and a chorus of diverse voices. Our commitment to the Apollo and its community is strong and years deep as we have hosted multiple exclusive and landmark shows at the venue throughout the years. SiriusXM is honored to receive this award and looks forward to many continued successful collaborations between SiriusXM and the Apollo Theater.”