Less Than A Week To Go!

Take a look at this year's performers.

Singer, Songwriter, Dancer, Actress, and Flute player, Netta Brielle shines as the Bay Area’s hottest R&B triple threat. Known for her soulful sound and addictive stage presence she’s constantly working to perfect her craft and Brielle works hard to capture an audience. Netta Brielle has collaborated with some of the hottest producers out of the bay, ShonuFF (“Deny”, Ne-Yo, “Gettin’ Hot”, The Team), Bedrock (“Different” Goapele Feat. Clyde Carson) and Erk Tha Jerk (“Hood Nerd, the Mixtape”). Inspired by old school R&B, Jazz, and Hip Hop music Brielle brings forth a unique style that sits between artists like Janet Jackson and Natalie Cole. Showcasing her talents as early as the age of 5, over the years Brielle has been mentored by some of the biggest names in music. Tupac Shakur, MC Hammer, and Dwayne Wiggins (of Tony! Tone! Toni!). She has opened for and shared stages with artists like Mystic (2002 Grammy Nominee), Bobby Valentino (DTP Records), LaToya London (American Idol, The Color Purple on Broadway), The Stylistics, and B2K (Pandemonium, You Got Served) just to name a few. Netta Brielle’s most recent work includes features on various R&B Mixtapes Hosted by The Demolition Men (DJ Devro and DJ Imperial), “World Premiere” (The Team), “Nasty Girl” (The Diligentz), “The Bay Area Mixtape King” (Balance), “The Block Movement” (B-Legit), and other Well known producers, rappers, and bands throughout the Bay Area and Los Angeles. She brings excitement and a true passion for music to the stage. Brielle is destined to break down even more barriers and set new expectations to influence the younger generation. Many ask who is Netta Brielle? Ask no more, she is what you’ve been waiting for…

Starting her own production and entertainment company, MULTIPLICITY ENTERTAINMENT / NoBul Way Productions, Na’Omi's style is bold, yet sophisticated, and charismatic, behind any genre of music that she writes to! She performs at numerous Bay Area shows, sings and writes songs with many artists in and outside of the Bay Area. She recently appeared on Jamie Foxx's FOXX HOLE, an internet radio show on SRYIUS RADIO IN LA, in affiliation with DARKWATER RECORDS, and has BEEN a part of the family, in collaboration with Jayleez / ROCKCHILD ENTERTAINMENT, a rap artist who is also a part of the Darkwater Movement. She also performed at the Women Who Jams! event in association with the National Association of Black Female Executives in Music and Entertainment (NABFEME). She appeared in the DREAMGIRLS play, playing Lorell, at the Black Reparatory Group in Berkeley, CA, and performed at the Full Vision Arts Foundation Fundraiser. Her goal is to inspire people to look beyond life, struggle, heartbreak and pain. She is MOS DEF a jack of all trades and doing things her way! 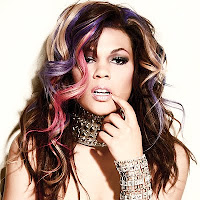 J'anelle Avery is a swift moving force through music, refusing to give into the mundane and the everyday, kicking up her music with creativity, lyricism, and raw attitude. J’anelle Avery is a decadent taste of everything, rolled up in a bright colored wrapper she calls Rainbow Popp. In addition to the overwhelming support of “Hammer At It,” on the web, J’anelle has been chosen as a featured artist on several websites, including Stereofame.com, AMAhits.com and many more. In July, she was chosen by Tali Smith, LL Cool J’s daughter, as “Lady of the Week,” on boomdizzle.com, an indie music site owned and founded by LL Cool J himself. J’anelle’s club knocking single has opened doors for her to perform at music festivals all over Texas and California, including the 60th annual Juneteenth Music Festival in San Francisco, as well as being chosen as a spotlight artist for many local music events. J’anelle Avery is truly a rainbow to the world, bringing light and positivity through everything she does, all while maintaining style and an incredible work ethic. Look for her CD, Bad Money, in stores now. 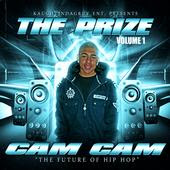 You can call him C.J.G. or Cam Cam when he’s on stage performing. He goes by Cam Cam but whatever you call him, (Cameron James Gipson) is still a 12 year old kid from the Bay Area, attending Junior High School and just starting the 7th grade. “Oakland is where I’m from” Is what he says in one of his songs and is where a lot of his schooling in the music industry evolved. Even though Cam is only 12, he is influenced by many different artists, just to name a few, Cam was brought up listening to artists such as Michael Jackson, Prince, James Brown, Chic and Parliament. His style is unique and has a certain swagger that makes you want to bounce with him. His craft which he considers art is steady evolving daily. Now what makes Cam Cam a force, is that he writes all of his own material and it is all new and a style in its own. On top of these attributes Cam also enjoys singing and dancing to R & B music. Chris Brown, Usher and Ne-Yo are some of his favorite artists today and add some inspiration to his music.

Chef Nikki Shaw is the owner of FLAVOR Caterer in Oakland, CA. She is fresh from Season 3 of the Food Network's "Next Food Network Star” TV. show, with sizzling plans for the future. Chef Nikki is currently hosting a radio show, writing a cookbook and developing a cooking show highlighting her unique FLAVOR philosophy. As a busy mom with a growing business, she has a passion for creating exotic and exciting food. This celebrity chef likes to "Party Like A Rock Star" while staying within a budget. She implements time saving tips that can help even the busiest people enjoy entertaining. Chef Nikki is married to L.A. Lakers Assistant Coach Brian Shaw, and they live in Oakland, California with their three children.

Ryah Nikole, is an American R&B and Soul singer/songwriter. She is known throughout the Bay Area and Los Angeles as an up and coming artist. Ryah Nikole has worked with artists including Jamie Hawkins, Sunny Hawkins, Dahrio Wonder, Patti Austin and Musiq Soulchild.

Ryah Nikole performed 'A Girl's Life' at the Lower East Side Girls Club in New York. The song is feature in the film "Going on 13" which was an official selection of the Tribeca Film Festival.